The Lights are Bright on Broadway

Randall reports on the changing landscape of theatrical lighting.

It has the ability to transform a plain background into something magical or magically realistic. This ability to change or add to the audience’s perception makes the lighting design much more important to the production of the show. It can replace expensive sets and can expand the visual experience up to the rafters and even out beyond the proscenium of the stage.

Theater lighting has dramatically changed with the advent of LEDs. Before that, lighting designers for the stage had to work with halogen sources or High Intensity Discharge (HID) lamps. These were incredibly hot and did not have a particularly long lamp life. The average energy consumption was 500 watts per light fixture. If you consider how many lights are used in a typical stage production, that could add up to 20,000 watts or more. The LED versions use less than 100 watts

The older lighting fixtures relied on gels to create the colors needed. These were delicate and would fade rapidly when exposed to the high temperature of the halogen lamps and HID lamps.

Now LEDs have taken over the theatrical lighting market. They run much cooler, and last so much longer. Through the use of multicolored diodes, any hue you want can be created. These new fixtures use RGBW (red, green, blue, white) diodes to provide thousands of colors.

Earlier versions of the color changing LEDs used only red, blue and green diodes. This did not allow for subtle gradations of colors, or the ability to create an incandescent quality of illumination. It was inclusion of the white diodes that made all the difference. This was the same challenge with color tunable LED sources that were being used in commercial spaces and residences. It wasn’t until the white diodes were included that we began to see those luminous incandescent qualities in the type of light they were emitting. These newer theatrical fixtures are also available with internal dimming, moving heads and integrated special effects modes. They consume so much less energy. They are also programmable. This means that they can create new effects in moments without having to change lenses, color, media, or templates, a.k.a. gobos. 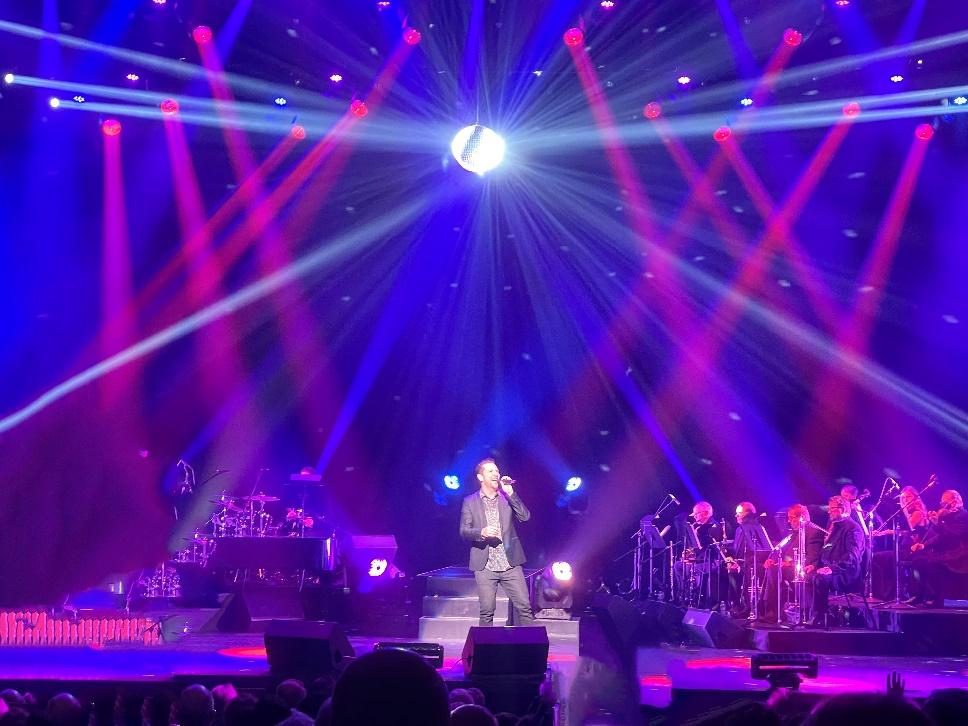 This production of One Night Only in Palm Desert California (shown above) was a bare bones stage creation. All the visual drama came from the lighting. These striking effects filled the void above the performers to create a 3-dimensional light show. 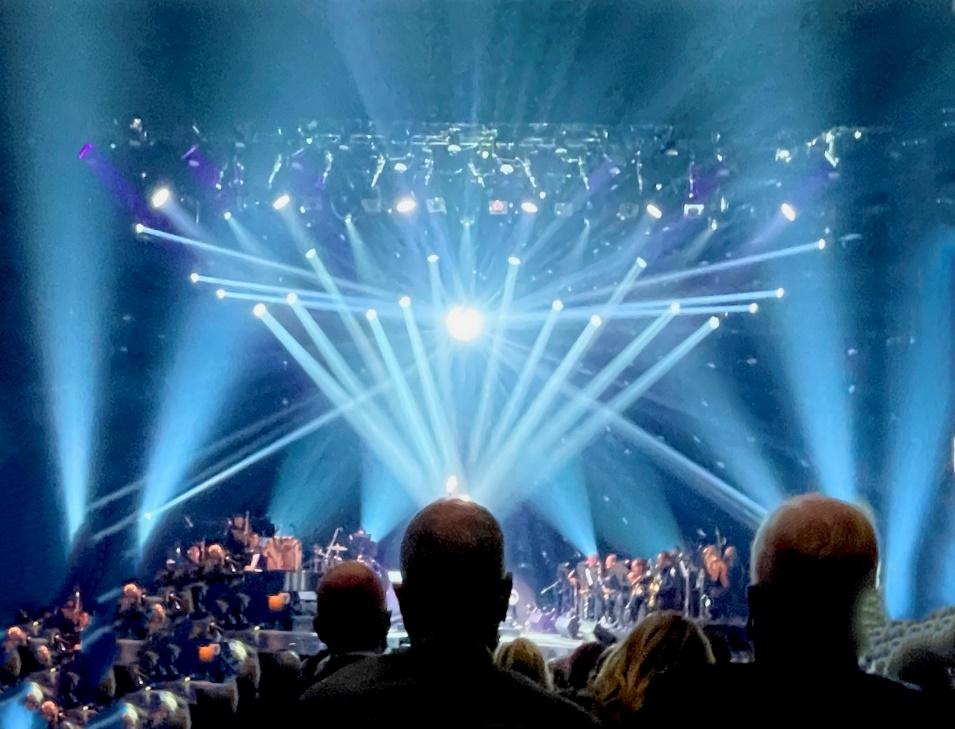 Moments later, a brand new moving effect created a whole different feel for the next performer. It was like there was a spaceship of light hovering above the stage. Sometimes it was invisible and other times it became part of the set. 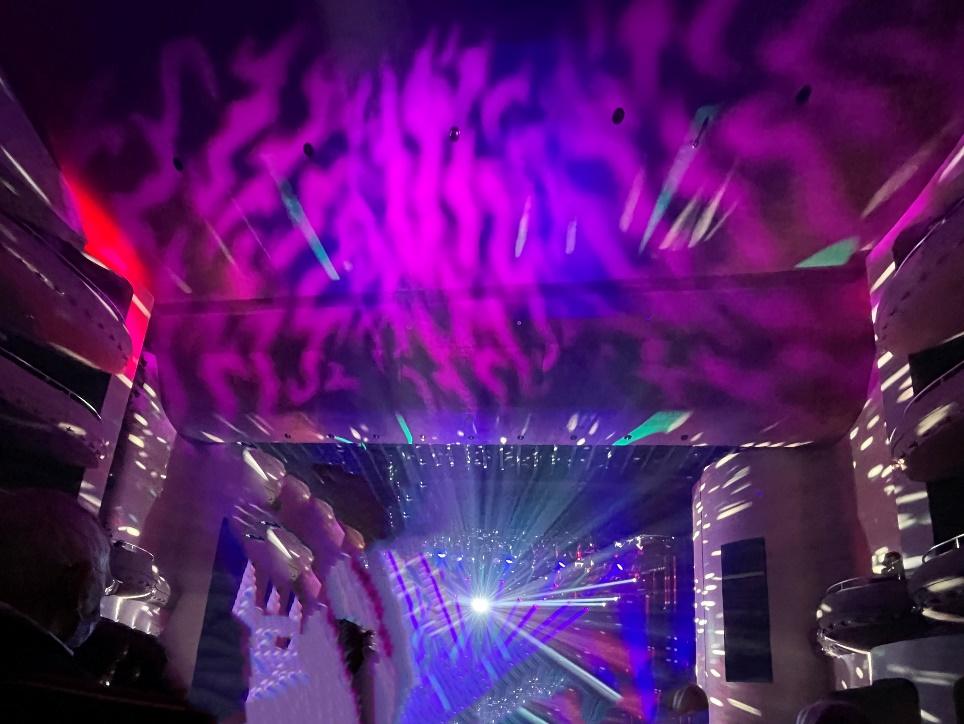 The lighting even projected itself out over the audience and along the walls and ceiling at various points during the evening. It made us feel like we were a part of the experience. 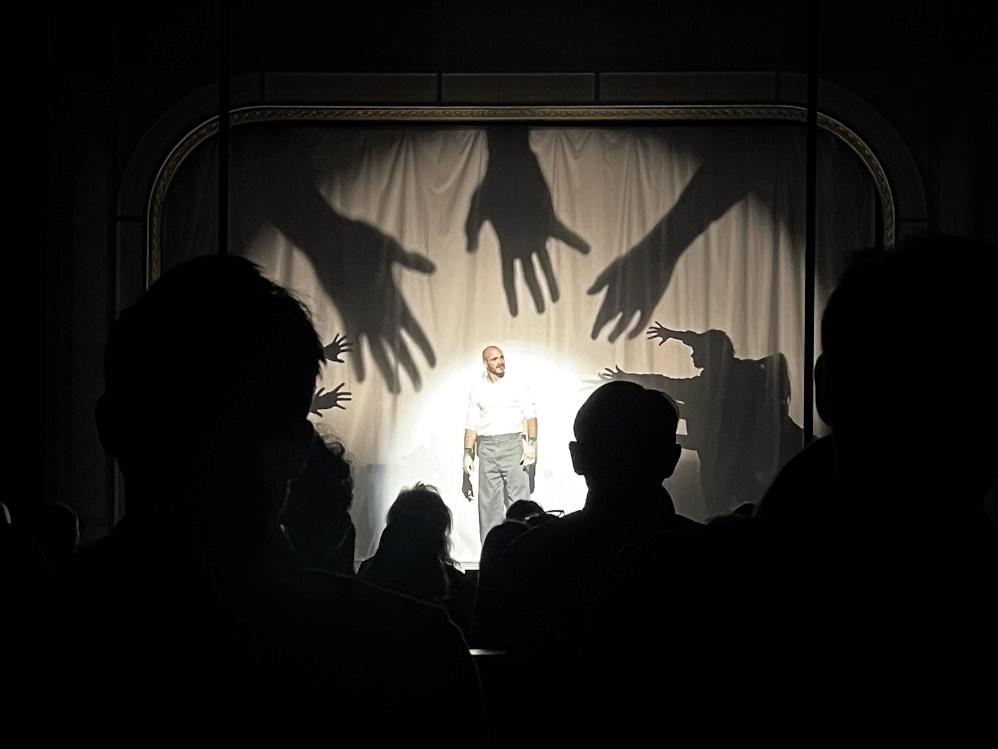 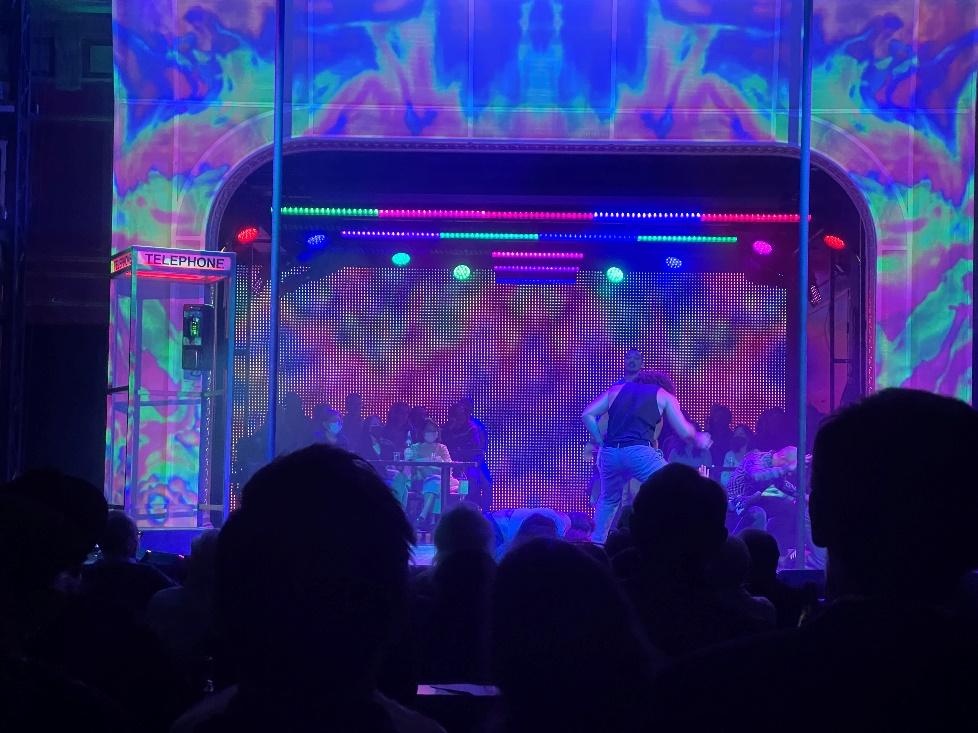 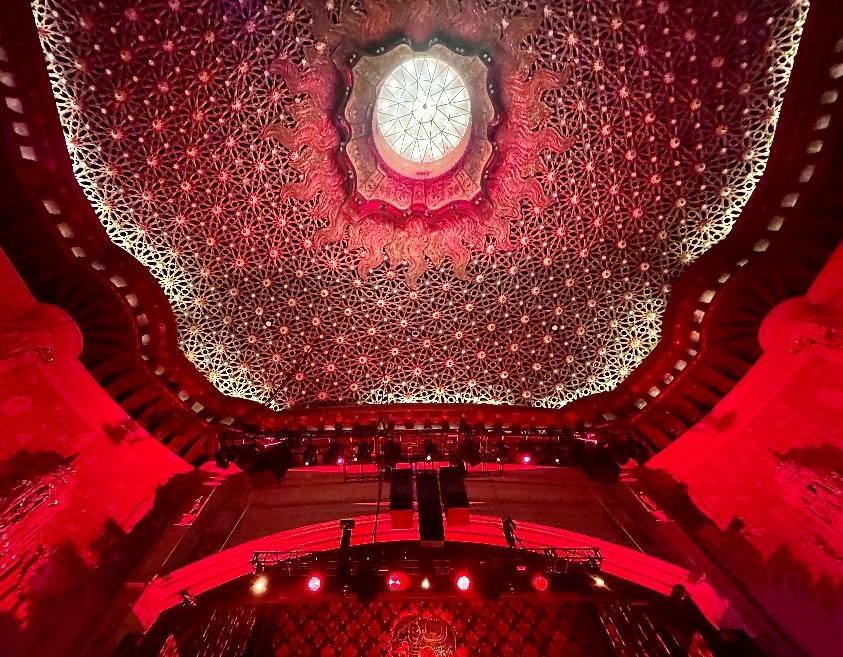 Theater owners are also improving their interiors and bottom line by replacing incandescent sources with LED versions. Energy and maintenance costs are slashed. The ceiling of the Orpheum Theater in San Francisco (shown above) was completely retrofitted with LED sources. Thirty 75 watt incandescent bulbs in the center chandelier were replaced with 12 watt LED versions which produce the same lumen output. Red LEDS replaced the existing incandescent lamps behind the floating canopy. The undulating ceiling detail uses linear LED lighting to replace the old fluorescents.